After 70 years, McIntosh has a lot it can be proud of and its new C2700 Vacuum Tube Preamplifier to be released later this month is no exception.

The latest pre in its long lineup over the decades features McIntosh's advanced DA2 Digital Audio Module, the successor to its popular DA1.

The DA2 offers 7 digital inputs comprising 2 coaxial, 2 optical, 1 USB and 1 MCT, plus a new audio-only HDMI Audio Return Channel (ARC) connection. This is particularly useful for TVs with a compatible HDMI (ARC) output which can be connected to the C2700 to enjoy TV sound through a home audio system. Multi-channel audio formats from Dolby and DTS are also supported and converted to 2-channel audio.

McIntosh says its DA2 is “powered by a next-generation, audiophile-grade, Quad Balanced, 8-channel, 32-bit Digital-to-Analog Converter (DAC) that has improvements in both dynamic range and total harmonic distortion compared to the DA1.”

For those fortunate enough to own a McIntosh MCT series of SACD/CD Transports, the DA2 features an MCT input “that offers a secure DSD connection for the best possible sound quality of the high definition audio from SACDs.” 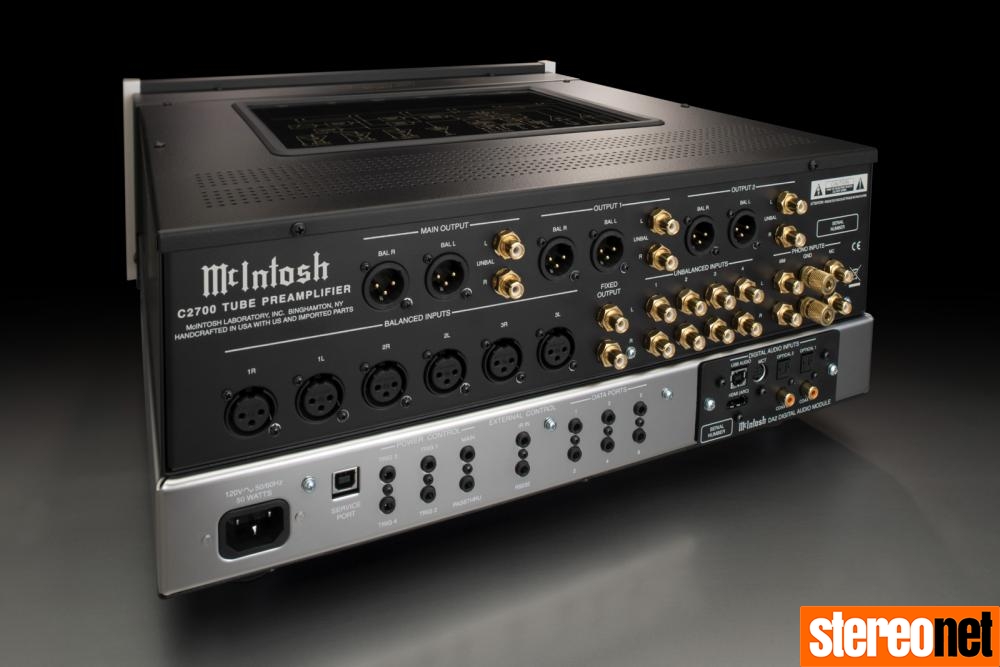 The C2700 remote can conveniently control the TV's power and volume when CEC communication is enabled in both the preamplifier and the TV. The preamplifier also features Home Theater Pass-Through function.

There's also a ¼” headphone jack powered by McIntosh's High Drive Headphone Amplifier which the company says “can power almost any pair of headphones”.