Daryl Wilson has cut his teeth with some impressive loudspeaker designs culminating in the Sasha DAW, introduced in 2018. “DAW” reflecting Daryl's desire to honour his mentor, friend, and father, Dave, who passed away just before Daryl began the Sasha project.

In 2018, having completed work on the Sasha DAW, Daryl knew it was time to push his and his engineering team's skills, passion, and expertise to further limits and extremes—just as his father had with the WAMM.  The fruits of this have now culminated in a new category of loudspeaker. Furthermore, one that sits comfortably alongside his father's masterpiece. 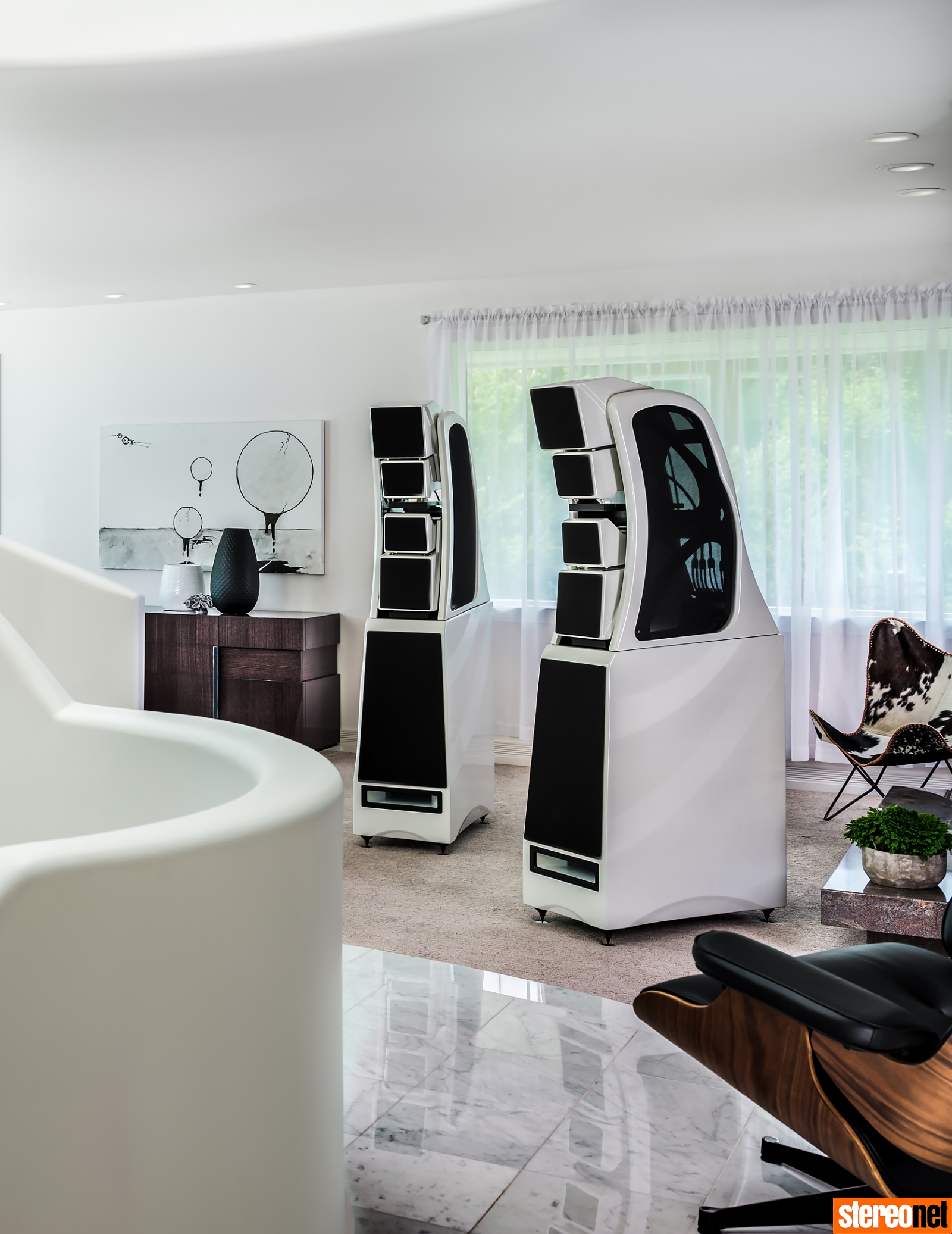 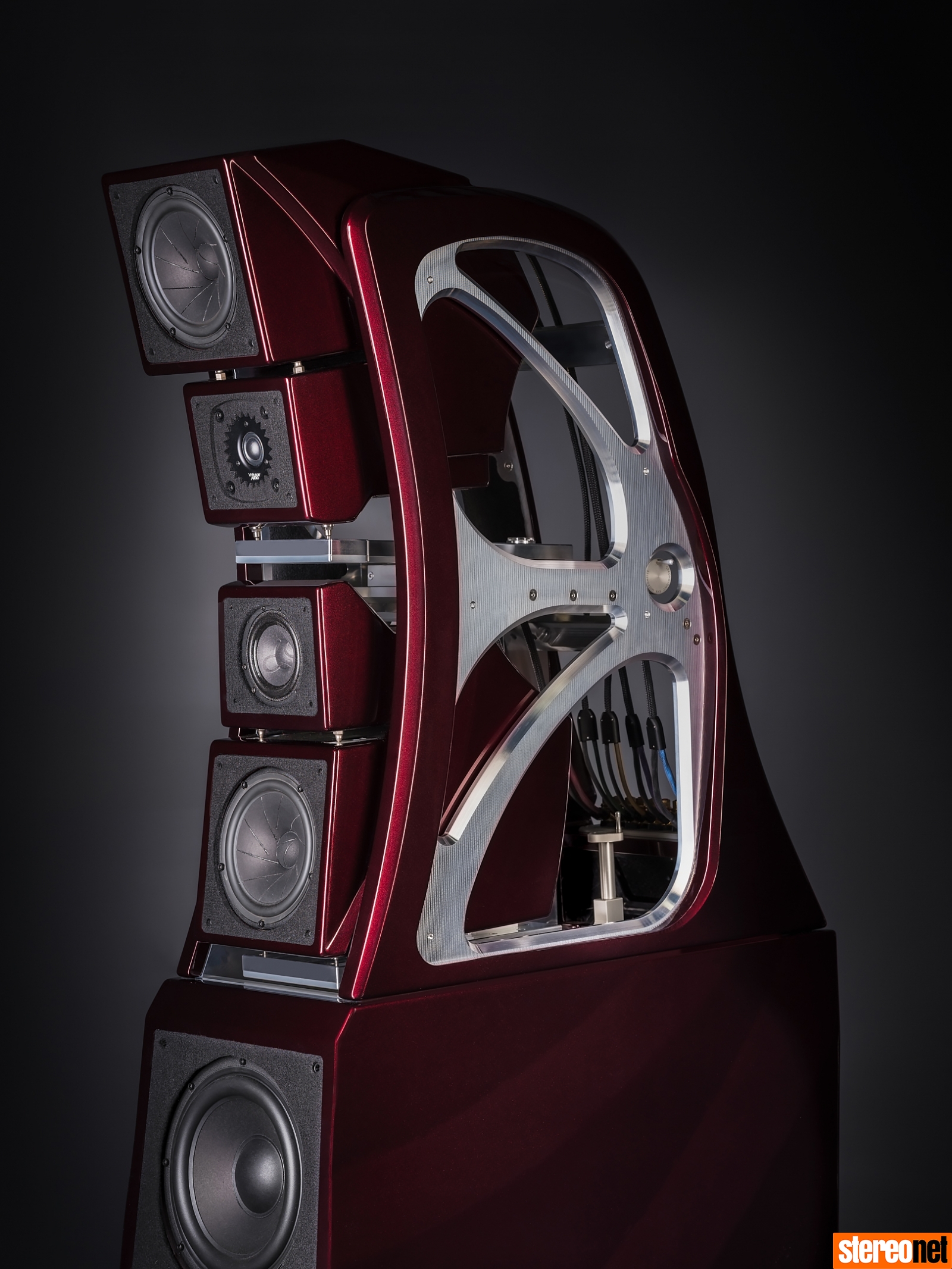 Dave Wilson was always attracted to the natural beauty exhibited by many drivers using Alnico magnets.  Unsurprisingly, older Alnico drivers were found wanting. So, working directly with Wilson's driver-partner, Dave and Vern began experiments and research to answer this question: Could a driver combine the apparent virtues of Alnico magnets in a design that also offered extreme resolution and dynamic expression?

After a year of research and development, the engineers produced a design Dave felt met his goal of transcendently beautiful and accurate midrange reproduction in conjunction with the dynamic and penetrating resolution of his current design. Vern and Daryl then conducted further design work and modifications for the driver's implementation within the XVX.

Wilson tells us that the new mid combines all the warmth and natural timbre of this classic magnet formulation in a thoroughly modern design. They go on to state that the new Alnico QuadraMag driver brings together unparalleled natural beauty, harmonic integrity, musicality, low distortion, and ultra-high resolution in a single design. 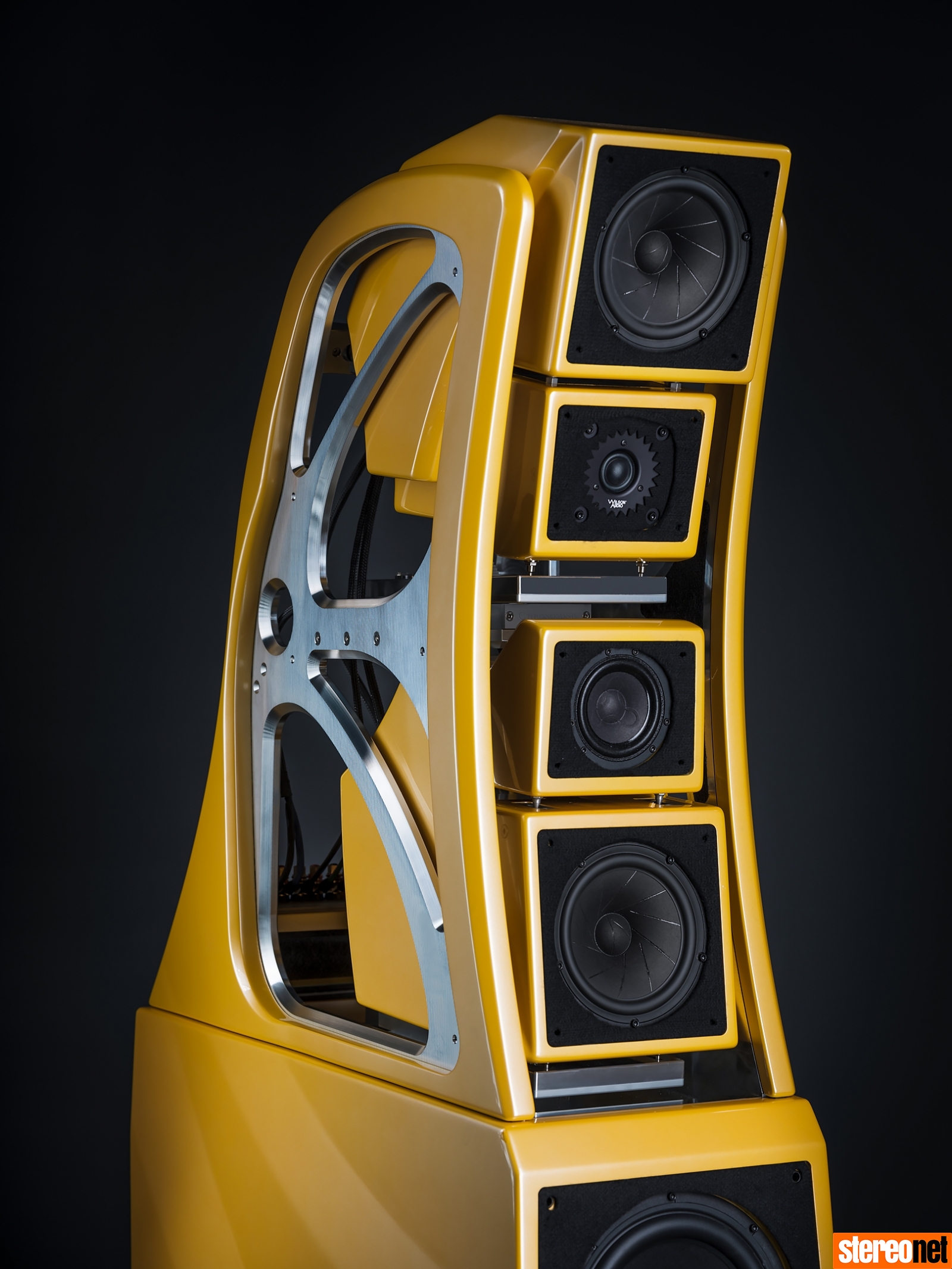 Wilson's engineers further refined and perfected the proprietary two-way midrange system first developed in the WAMM and subsequently utilised in a simplified form in the ALEXX.

The all-new QuadraMag driver joins forces with a modified version of the 4-inch midrange from the WAMM to form the lower section of the array.

A second QuadraMag midrange driver at the top of the array flanks a Convergent Synergy Mk.5 tweeter, completing the MTMM geometry.

The construction of the Upper Array of the XVX consists of an open-architecture Gantry system constructed from X-Material reinforced, ultra-high-grade aluminium.

The Gantry's primary function is to provide an extremely rigid architecture for all the moving elements and modules that enable the system's accurately adjustable time-domain.

The design team paid particular attention to the triangulated cross-bracing and used X-Material composites to improve both rigidity and critical damping.

The new scalloped finish on the aluminium elements is both beautiful and functional, acting as a diffuser to further minimise the XVX's sonic signature within the room. 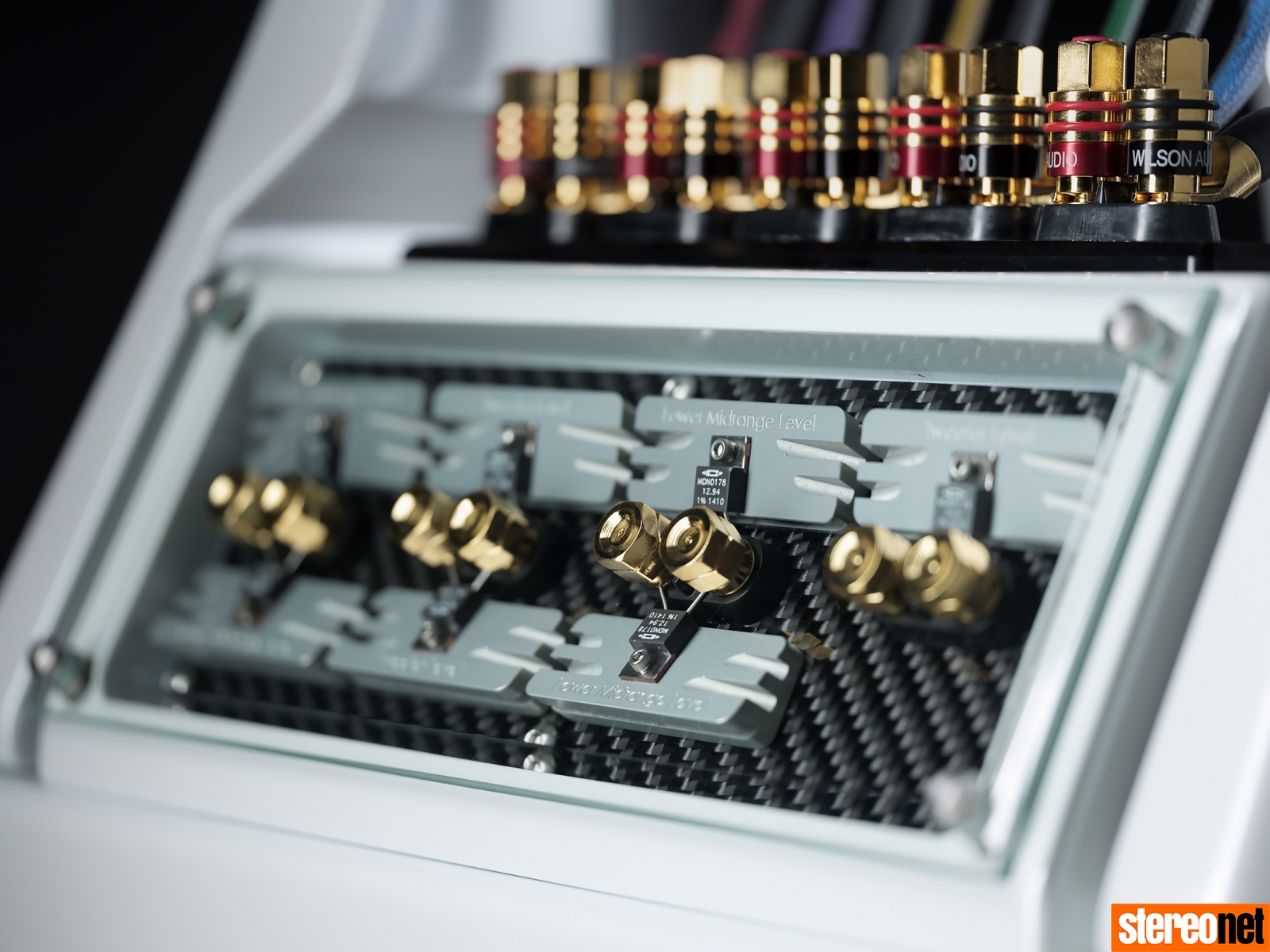 Wilson Audio recently moved its capacitor design and production in-house to control and improve quality and build upon its already industry-leading crossover-to-crossover consistency.

When designing this portion of the upper Gantry, Daryl and Jarom turned to American lighting experts Coolfall. The custom system—the Sono 1—was developed in collaboration with Dave Livingston, owner of Coolfall, and incorporates a precision solution for broad-gamut lighting during the critical adjustment of the complex time-domain mechanisms.

When developing the WAMM, the ultra-precise and minute adjustment of the modules in the time domain required more time and resources than any other single element.

After more than a year of engineering time, Wilson completed the WAMM Master Chronosonic Micrometer system—a mechanism that facilitated the exact movement of the critical elements within the array.

Like the WAMM, the goal for XVX's time-domain accuracy was to approach the theoretical ideal, with adjustment increments in the two-millionths-of-a-second range with greater ease and simplicity. 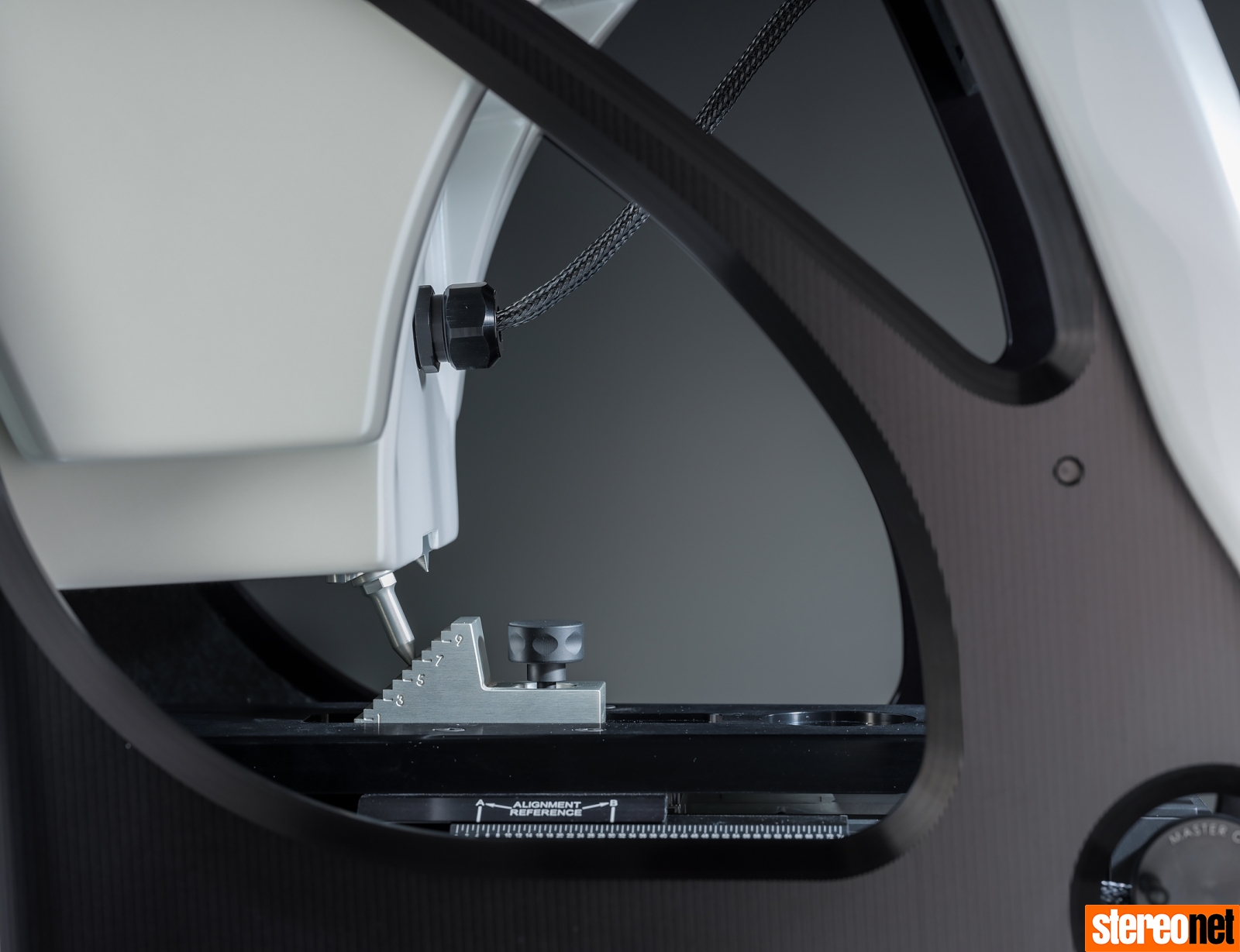 The result is an array capable of exceptionally accurate adjustability.

Daryl and Blake implemented two Micrometer units within the XVX upper array—one for the upper QuadraMag driver and the Convergent Synergy tweeter, the other for the second QuadraMag and the 4-inch midrange. In turn, each of those modules is individually adjustable in relative position within the array.

All this tech would be academic were it not for the extraordinary musical results it produces, so we are told.

Daryl has continued to refine the geometry and other aspects of the Convergent Synergy driver. Daryl spec'd the Mk. 5 version for the Chronosonic XVX. The Convergent Synergy tweeter works seamlessly with the QuadraMag midrange. The coherency and the musicality of the combination set new standards.

For the first time, the rear-firing tweeter will feature adjustable 0dB to minus 37dB attenuation to enable fine-tuning of this element for each installation. 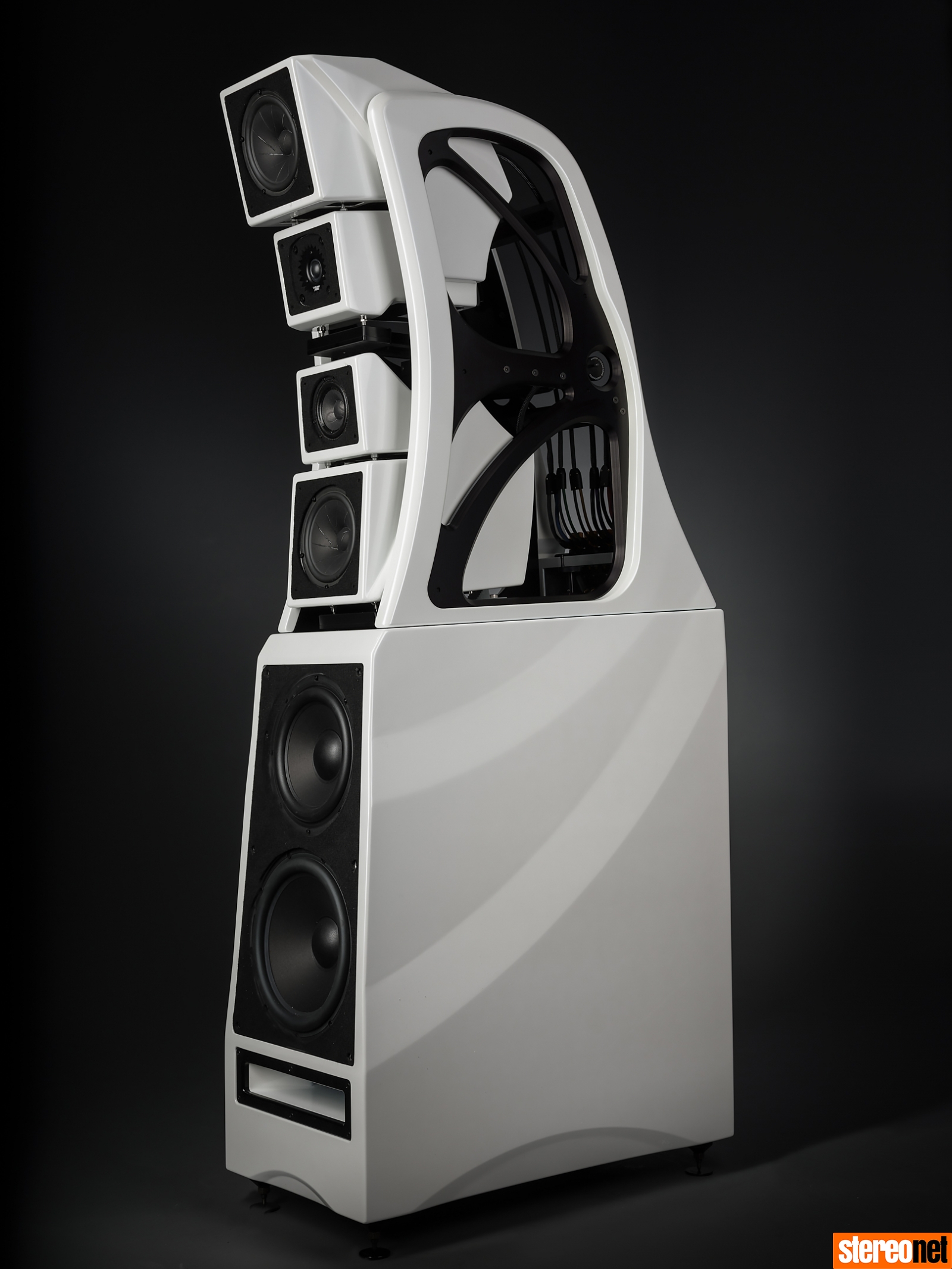 Vern Credille designed the two woofers from the ground up to complement each other. He individually optimised the drivers for both speed and authority.

As most audiophiles have experienced, various architectural details within a home affect the way a loudspeaker loads bass into the room. The Cross-Load system allows you to choose either a front or rear-firing port configuration.

On the front of the XVX, below the woofers, a plate covers a plug for that (one-of-two) port. The port in this configuration is on the rear of the bass enclosure. In rooms where the rear-firing option would tend to overload the bass, it is merely a matter of removing the plate and port plug, switching those items to the rear, and attaching the low-turbulence trim to the front, moving the port exit to the front of the Chronosonic XVX. 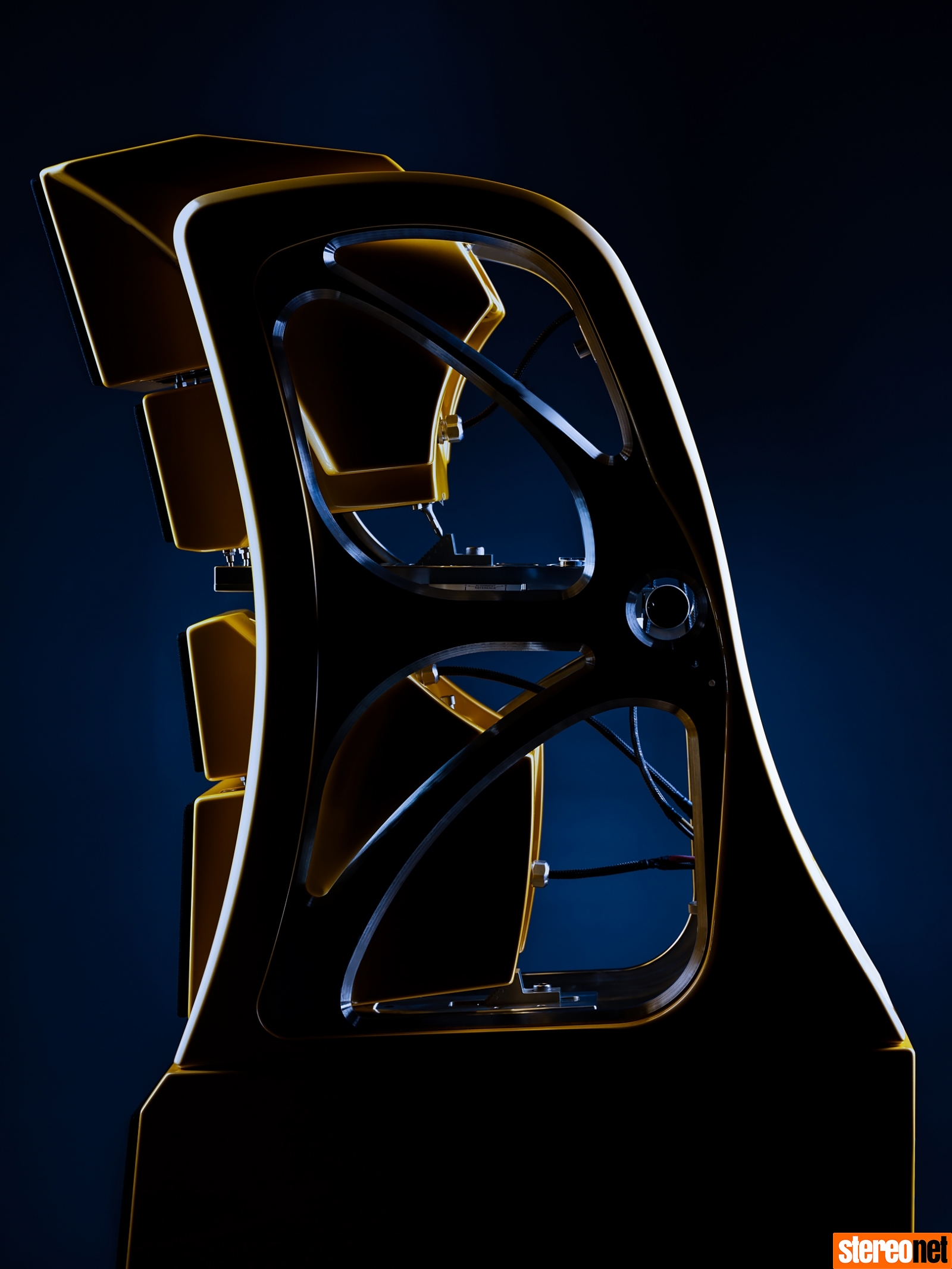 Like the WAMM, the XVX's cabinets and modules are constructed using a combination of the company's proprietary X- and S-Material composites, and aerospace aluminium.

Daryl and his team are currently working on several composite innovations for Chronosonic XVX they are not ready to reveal at this time. As Daryl and the design team finalise their research, details will follow.

The quick-release time-domain adjustment bolts first developed for the Sasha DAW are utilised in the XVX.

Also, the tuning and protection resistors are located on an easily accessible portion of the rear cabinet. Each is mounted to a carbon fibre substrate.  Changing resistors is a simple matter of removing a quick-release glass cover and removing the hardware from the heatsinks.

WilsonGloss is a multi-stage process starting with a proprietary protective gel coat layer. Then, several layers of the base colour follow with clear or satin coats applied to the finished surface.

Finally, all the paint surfaces are meticulous hand polished.

In conjunction with Chronosonic XVX's launch, Wilson has pushed its paint process to even greater heights. In addition to their standard and custom processes, they have added a new category of premium colours.

WilsonGloss Premium Pearl includes five new options, which involves additional paint steps. Premium Pearl reflects light in a nuanced way—enhancing the depth of colour, which changes depending on the angle of view.

The Chronosonic XVX will begin shipping to select dealers and distributors in October 2019 with a UK RRP of £330,000.

Check out more photos in the gallery below.