Sony has taken the wraps off the VPL-XW5000ES and XW7000ES home cinema projectors that look set to seriously shake up the premium home theatre market.

The new VPL-XW5000ES is particularly eye-opening. This will replace Sony's current VPL-VW290ES (AKA VW325ES in the US) as the brand's entry-level 4K projector, even though it sports a laser lighting system capable of delivering a claimed 2000 lumens of brightness. That represents a brightness increase of more than 30% over the VW290ES.

The XW5000ES's switch to laser lighting also introduces other laser-based advantages of purer colours, faster on/off switching, and much longer light source life. In fact, Sony claims 20,000 hours of life for the XW5000ES's laser set up versus just 3000-5000 hours before you'd have to replace one of the VW290ES's lamps.

Despite offering laser projection for more or less the same price that previously only got you lamps, the XW5000ES also boasts Sony's X1 Ultimate For Projector chipset. Able to add advanced object-based image analysis and more AI brainpower on top of the enhancements provided by the non-Ultimate chip found in the VW290ES. The X1 Ultimate processor isn't actually making its debut on the XW5000ES as we first saw it loaded into Sony's VPL-GTZ380. However, that projector sets you back the small matter of 80 grand…

The extra laser-induced brightness of the XW5000ES joins forces with a new Triluminos Pro system to deliver what Sony claims is a wider, purer colour gamut than the VW290ES can provide, which will, in turn, be backed up by the return of Sony's Dynamic HDR Enhancer technology. 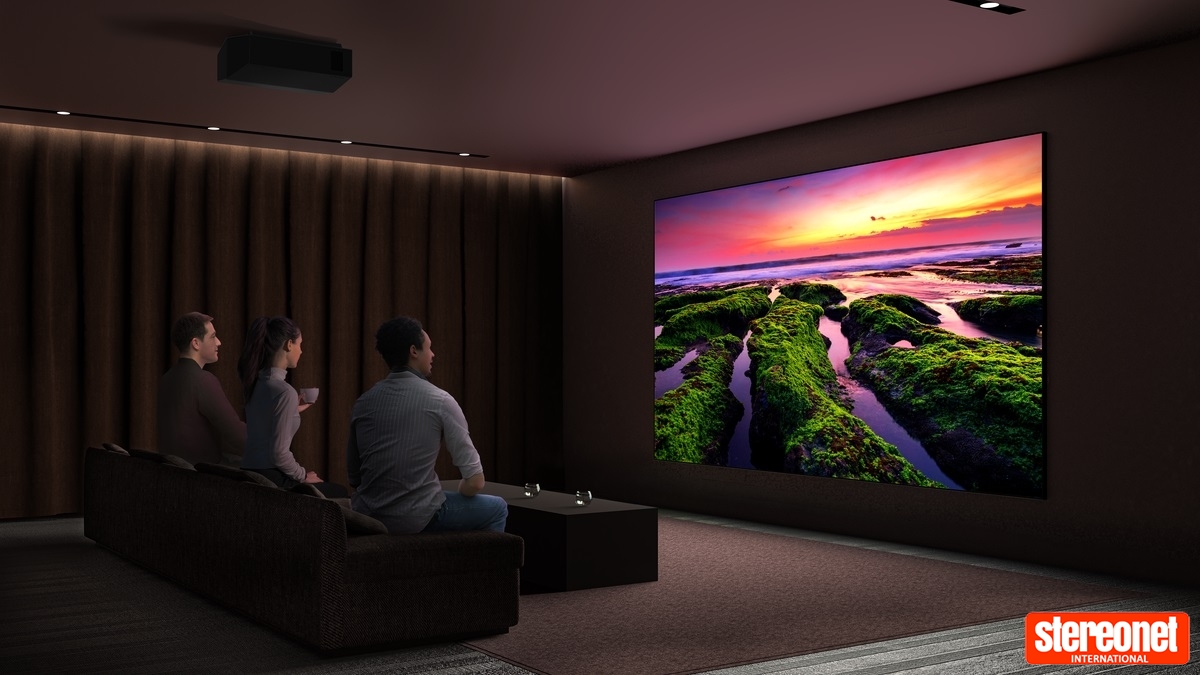 This clever attempt to do justice to high dynamic range content on a projector uses processing to add more intensity to the light elements of a picture while at the same time adjusting the light being output by the lasers to help dark areas of the image look darker. The system proved a revelation right across Sony's previous SXRD projector range, even on the lamp-based VW290ES, so it will hopefully only be even more effective on the brighter, laser-based XW5000ES.

Additionally, the XW5000ES benefits from Sony's brand new 0.61-inch SXRD chip, squeezing a 3840x2160 pixel count onto the smallest SXRD chip. This matters because it should yield a smoother, more detailed image due to the reduction in pixel 'pitch'. The new chip is also claimed to boast a flatter reflective surface and higher reflectivity, leading to better colour management, enhanced contrast and more brightness, so we are told.

Meanwhile, gamers will be pleased to learn that Sony claims that the XW5000ES only takes around 21ms to render 60Hz images when running in its fast response mode - and this drops to just 13ms with 120Hz images. While it's undoubtedly great to see the XW5000ES introducing 120Hz frame rate support to SXRD projectors, one disappointing thing about its promised abilities is its lack of support for today's 4K/120Hz gaming sources' variable refresh rates.

Just for the record, a further disappointment is the switch from motorised lens adjustments, as on the VW290ES, to manual adjustments on the XW5000ES. Unfortunately, this also means the XW5000ES can't offer lens memory features, so you can't set up and store different lens settings to suit different aspect ratios.

Thankfully, you still get plenty of optical zoom and, helpfully, Sony has tucked all of the XW5000ES's new technology into a smaller chassis than anything we've seen before from Sony's native 4K SXRD range. 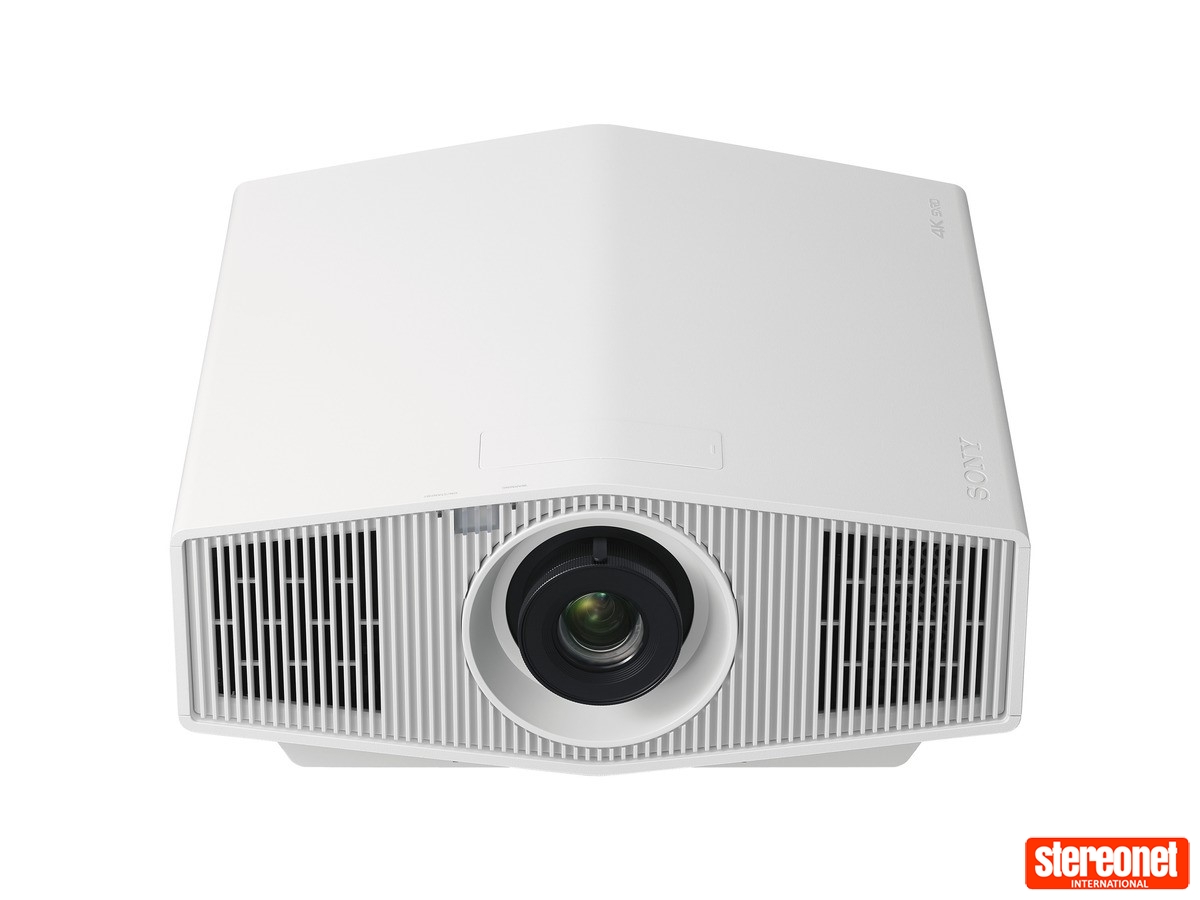 Its two most headline-grabbing premium features over the XW5000ES are a big jump in peak brightness to 3,200 lumens and a more advanced lens arrangement featuring significantly more low dispersion glass elements than that of the XW5000ES.

Where the brightness is concerned, 3,200 lumens is a colossal figure for a home cinema projector. One that can potentially take HDR on a projector to places it's never gone before, especially in conjunction with Sony's Dynamic HDR Enhancer technology.

When it comes to the premium lens, the net advantages of this would hopefully be a more detailed, sharp 4K picture that better maintains its focus and sharpness right across your screen, with no softness in the corners, and even, potentially, better colour convergence.

The XW7000ES (which will replace the VW790ES (UK)/ VW915ES (US)) also returns to offering motorised lens adjustments, bringing lens memory settings back into play. Plus, it gets a Live Colour Enhancer not available on the XW5000ES, which combines general colour saturation boosting with an ability to detect skin tones. This enables these tones to be treated differently and retain their natural look.

The XW5000ES and XW7000ES are scheduled to appear this summer, and we'll be looking at them in more detail as soon as we can get our hands on them.