As part of a seemingly Covid-inspired strategy of drip-feeding us information on its 2021 global AV range via an ongoing series of virtual marketing events, Samsung has just provided a global update on a wide selection of its key new products.

Samsung's Unbox & Discover event took in everything from the company's Neo QLED TVs and Micro LED TVs to its ground-breaking new 16-channel flagship soundbar and even a new crossover 'smart monitor'. 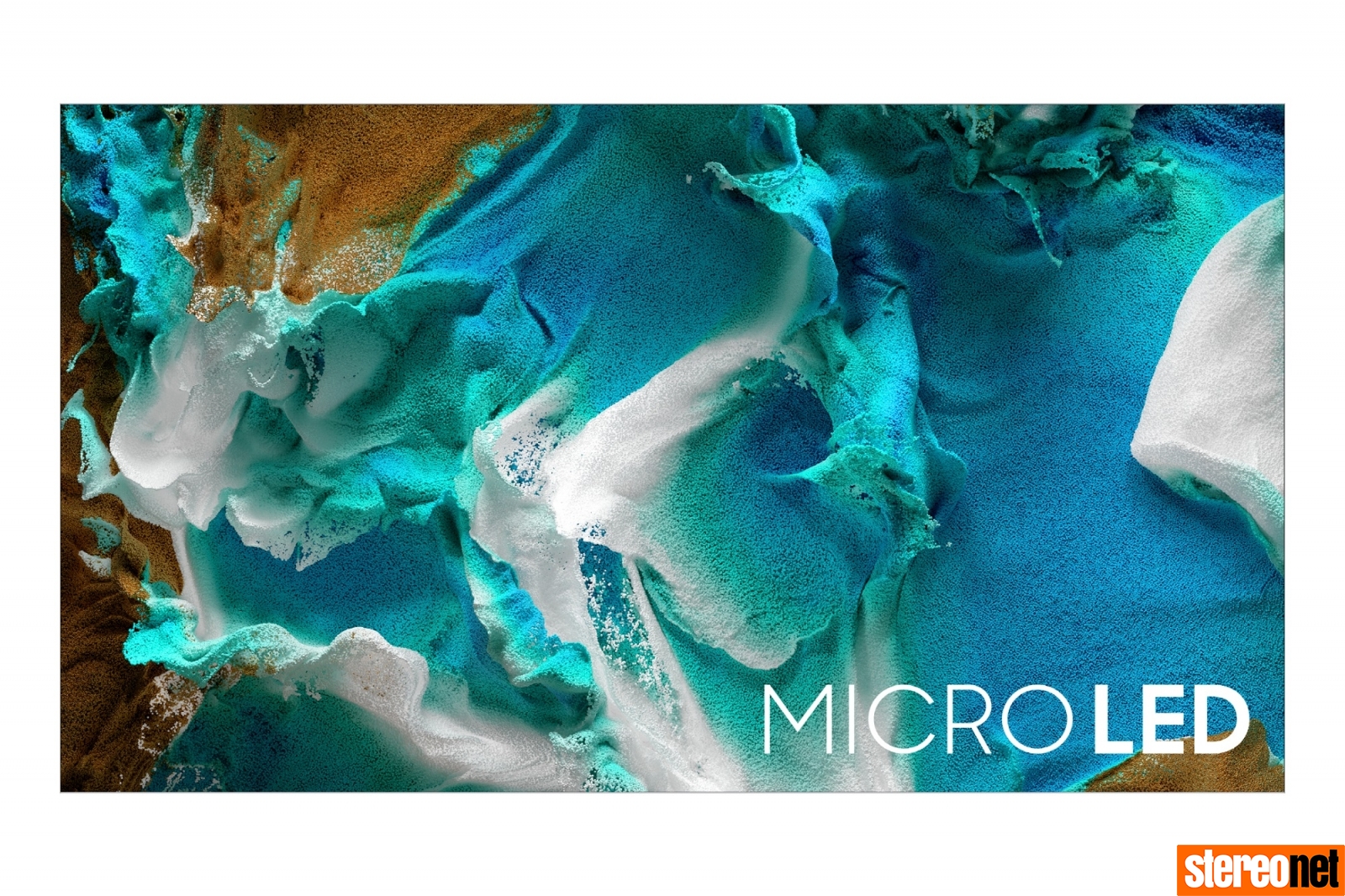 Let's kick off with the most 'out there' of Samsung's new announcements: a 76-inch MicroLED TV. Samsung had previously revealed that it intends to launch 110, 99 and 88-inch MicroLED TVs, which, unlike previous MicroLED products, require no professional installation and are equipped with powerful built-in sound systems. However, news of a 76-inch model will clearly make MicroLED much easier to fit into regular living rooms.

That said, given the phenomenal costs currently associated with MicroLED manufacturing, even this new 76-inch model will probably only be within the means of people who live in substantially larger houses than most of us mere mortals. In fact, the manufacturing challenges associated with working with this sort of minuscule componentry could see the 76-inch screen costing more rather than less than its larger siblings.

It's no doubt related to these manufacturing issues that while the 110 and 99-inch MicroLED TVs are due to launch globally towards the end of March, the 88-inch model isn't arriving until the Autumn. Presently, the 76-inch model is merely confirmed by Samsung as being “on the future roadmap”, with not even a semi-firm launch date associated with it. 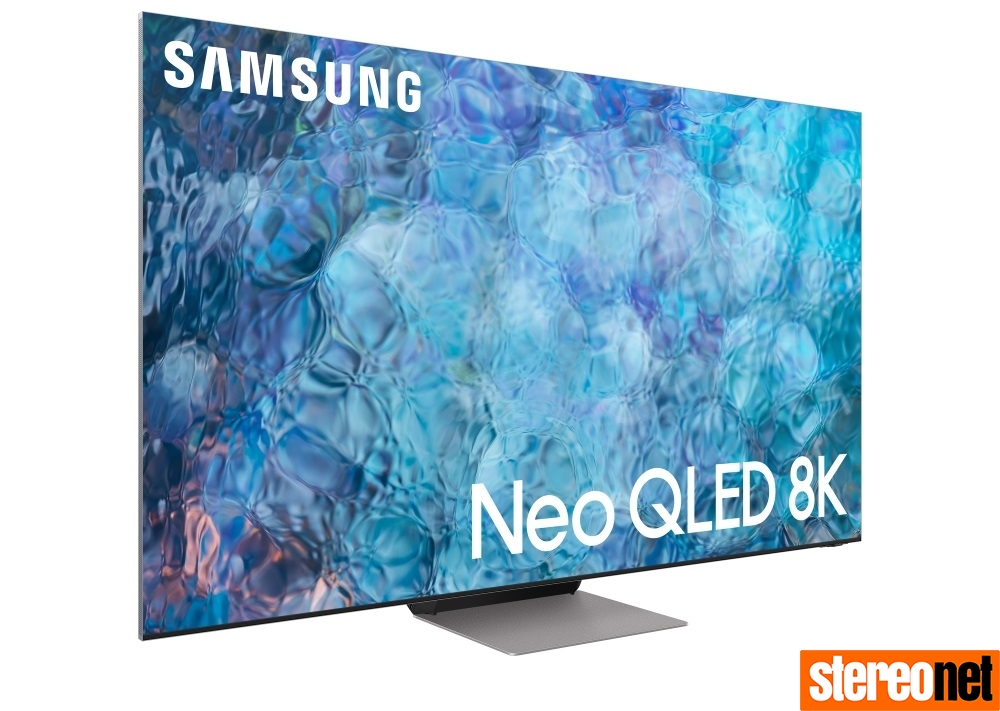 When it comes to Samsung's more regular TV range, its latest virtual event added a few more range details. For instance, it's now confirmed that the new Samsung 8K Neo QLED sets, which combine their massive resolutions with new Mini LED backlighting, will be available in QN800A and flagship QN900A configurations, in 65, 75 and 85-inch sizes. The key 4K Neo QLED QN90A and QN85A ranges, meanwhile, will cover a much wider range of sizes, starting this year at just 50-inches.

It should be noted here that the brand's model numbering strategy is not consistent across the globe in typical Samsung fashion. For instance, the QN90A in Europe will carry a substantially different specification to the QN90A in the US. Europe's QN95A model is actually closer in terms of screen specs to the US QN90A model. Except that the QN95A gets an external connections box that carries four high bitrate (40Gbps) HDMI 2.1 ports while the US QN90A model has its connections built-in, and only one of its four HDMIs supports 40Gbps.

Samsung was also excited to reveal that its done a deal with Microsoft that sees its Neo QLED and cheaper standard QLED 2021 TVs being named as the official TV partners for the Xbox Series X games console in the US and Canada. While this is undoubtedly a coup given the massive popularity of console gaming these days, it's worth remembering that Microsoft also signed an official Xbox Series X TV partnership deal for Europe, Africa, the Middle East and Asia territories with… LG (for its OLED sets).

The new Xbox Series X partnership gave Samsung the opportunity to remind us of the numerous gaming-centric features it's introducing with its new Neo QLED TVs. These include support for 4K at 120Hz graphics; a Game Bar onscreen display providing at-a-glance access to key settings and incoming graphics information; support for 21:9 and 32:9 aspect ratios; and support for the Freesync Premium Pro variable refresh rate/HDR management system previously only available on high-end dedicated gaming monitors.

What's more, as I've been able to confirm while spending time with a QE65QN95A, Samsung is now achieving just 9.2ms of input lag with 60Hz playback in its latest Game mode preset, giving gamers a genuine edge in response-based games such as Call Of Duty. This lag even drops to below 6ms with 120Hz games.

One other Neo QLED feature Samsung was keen to emphasise, given the vast amounts of time we're all spending in our homes at the moment, was its new Smart Trainer. This allows an (optional extra) camera attached to the TV to work in tandem with the Samsung Health app suite launched in 2020 to give you real-time feedback on how to improve your exercising form. 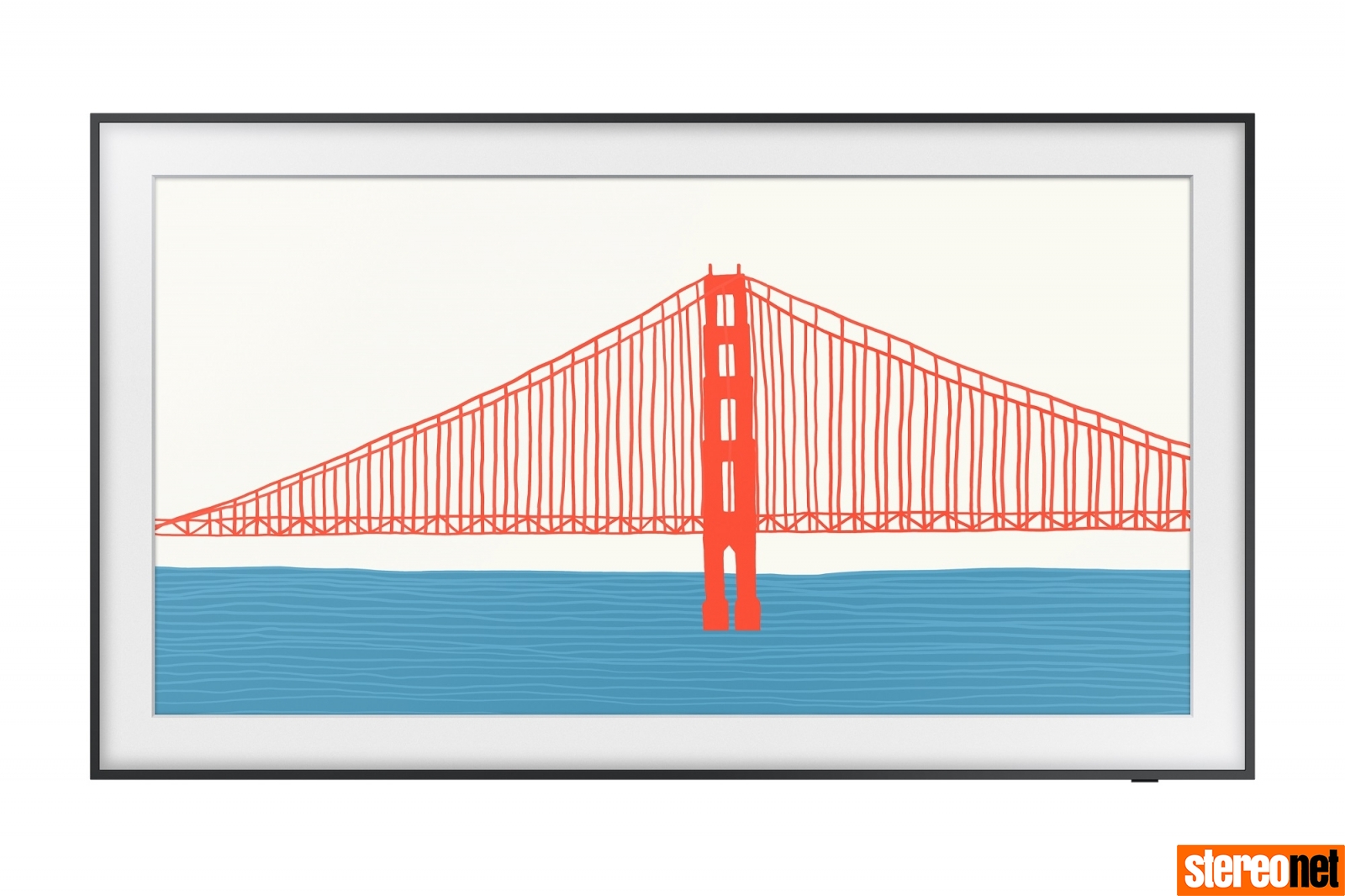 Samsung's other big TV news drop concerned its growing 'lifestyle' range. First, it was revealed that the popular Frame range, which builds high-spec LCD screens into a range of frame finishes designed to make TVs look like a painting, will be available in 2021 with a new My Shelf accessory. This accessory lets you place your 55, 65 or 75-inch Frame TV within what's essentially a bespoke wider wall fitting, into which you can add personal touches to complement the look of your TV and room decor.

Additionally, Samsung revealed that its new Frame TVs are available with a new Slim Fit Wall Mount and have had their depth reduced to just 24.9mm, ensuring that they blend even more successfully into your room decor.

Meanwhile, if you're fans of outdoor living, you might be interested in hearing that Samsung will be adding a new weather-resistant 75-inch model to the 55 and 65-inch models launched in 2020. This should be available in North America, some European countries (including, optimistically weatherwise, the UK), New Zealand and Australia. However, not every territory will have availability as we already know, for instance, that it's not going to be available in Singapore.

Shifting to Samsung's audio range for 2021, the brand's latest presentation introduced us to its new flagship soundbar, the Q950A.

Set to launch globally in the second half of 2021, the Q950A's headline attraction is its 11.1.4 speaker configuration. This is two more channels than we got with 2020's flagship model. In fact, it's the most channels we've seen supported by any soundbar, period. This is all delivered from just four bits of hardware: The main soundbar, a wireless subwoofer, and two rear speakers that add two side-firing drivers to the up- and forward-firing drivers found in Samsung's 9.1.4-channel 2020 soundbar flagship. 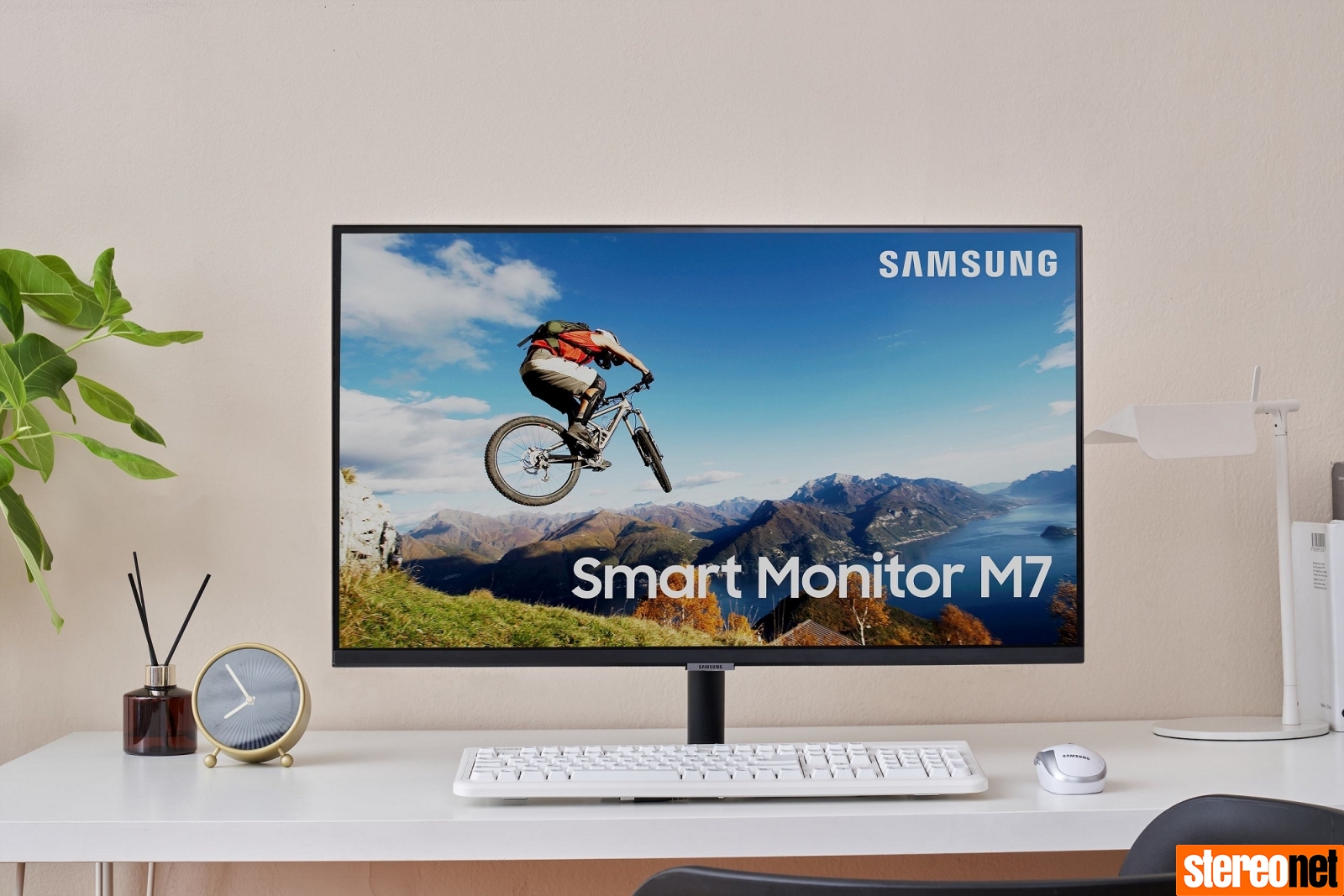 One final product - arguably a whole new product category, actually - Samsung showed off in its latest unveiling event was its new Smart Monitors. Samsung is pitching these M7 and M5 models as 'do-it-all' monitors that bring the monitor and TV worlds' best features together. So they're compatible with Wi-Fi, Bluetooth, Wireless DeX and Apple AirPlay 2, enabling people to work from anywhere without needing to actually connect to a PC. Furthermore, they also carry Samsung's latest 'Eden' smart TV platform, letting you unwind during work breaks with your favourite shows and films.

The M7 model is available with a 32-inch screen, while the M5 will be available in 32 and 27-inch options.

We don't know yet how well these Smart Monitors cope with the tricky business of adapting their picture settings to suit PC sources one moment and video sources the next. They're a potentially intriguing proposition, though, that could indeed have uncovered a new product niche. Provided that in our home-working future, it doesn't turn out that most people would rather get up and move about on work breaks than stay sat in the same chair staring at the same screen they were just working on.

Naturally, we'll bring you details of any other future unveiling events Samsung may deliver in the coming weeks.