Every rose has its thorn – except this smooth sounding one-box streaming system, says David Price… 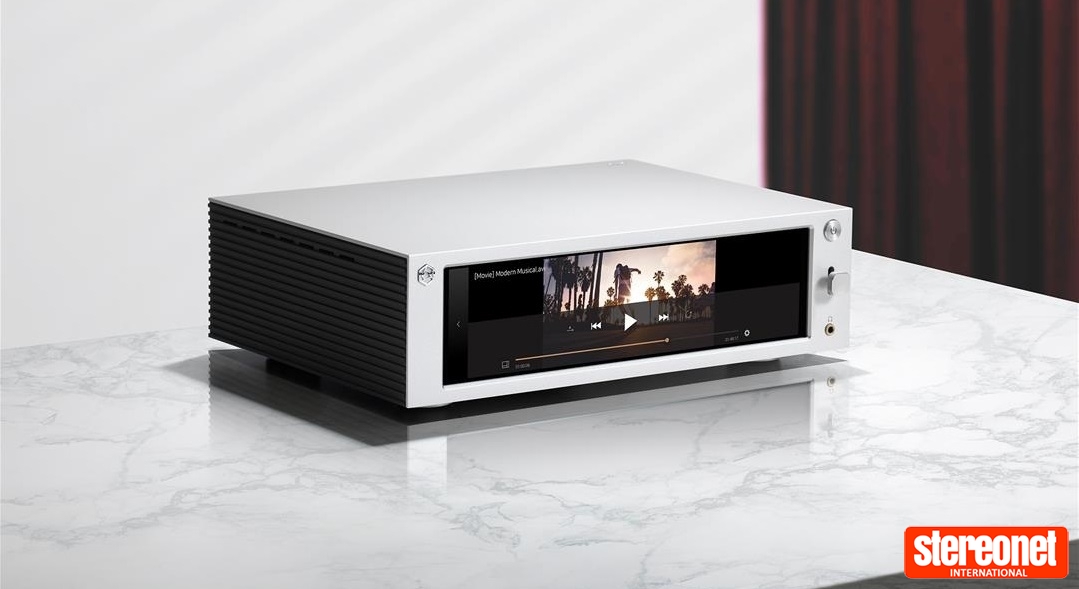 Traditional full-size hi-fi separates can be cumbersome, space-invading and fiddly to set up and use. For this reason, even diehard old school purist audiophile types like me have moments of weakness – and sometimes crave a neat all-in-one system. HiFi Rose’s new US$2,195 RS201E streaming system is aimed at precisely this sort of buyer, plus folk who’ve never bought into the idea that you need six different boxes to do the work of something that this product does with one.

Coming from South Korea, it’s naturally well made and bursting with technology, rather in the way you’d expect a Japanese design to be. Yet it doesn’t come with any of the baggage that the big name Nipponese brands – with their various corporate traditions have – so it feels just that little bit different. Think of it as a kind of total immersion therapy into digital media, being bang up-to-date in what it can play.

It is basically a do-it-all streaming DAC/preamplifier, with a (claimed) 2x 100W RMS per channel Class D amplifier built-in. So you can use it as a digital front end with your existing system, or as the twenty-first century equivalent of a music centre. Its fascia is an elongated touchscreen, backed up by handy app control. The so-called Rose OS is easier to use than many, and there’s a welter of features – “as simple or as complex (and fun) as you want it to be”, says the company. We’ll see…

The compact, slimline (278x202x76mm) case weighs 2.3kg. Like the chassis, it’s made of anodised aluminium and feels classy but flimsier than you might expect. The front fascia sports an 8.8-inch touchscreen, so there’s no need for knobs and the potentiometers and wiring that would go behind them. The result is a little box that’s less conspicuous than a standard hi-fi separates system, and easy to move around should you feel the need. When it’s not powered up, its display acts as a clock, and while running its large display can show old school analogue VU meters – if you like that sort of thing.

Inside, there’s an ESS Sabre DAC that crunches the numbers from an exceptionally wide variety of sources, at up to 32-bit, 384kHz PCM or DSD256 resolution. This works alongside a preamplifier circuit that includes one RCA stereo analogue line input, a variable RCA preamp output, plus a Bluetooth input, three USB inputs, a micro SD card input, an HDMI output and TOSLINK optical digital in and out. You can also hook it up to your network via its Ethernet input, or via Wi-Fi. Then there’s the usual connectivity for one pair of stereo speakers, via standard binding posts. The lack of a coaxial digital input is a disappointment, however, as many of us still use this superior sounding non-optical connection.

Knitting everything together is Rose OS, said to be a resident Android 7-based front end that communicates with the downloadable app (available for both iOS and Android smart devices) to control the unit. This bespoke software app gives an attractive front end to the unit and lets you access TIDAL, Qobuz and Spotify Connect directly. MQA is bundled as standard for Tidal Masters. It’s also a Roon end-point and has AirPlay. I found this a reasonable enough unit to use, but the RS201E still feels a little crude compared to some of the competition – it doesn’t work as intuitively as it should, and the supplied wireless remote control isn’t great. I certainly wasn’t a fan of Rose OS’s Android dialogue boxes that you get when trying to do a firmware update, for example. They’re written by geeks for geeks and seem baffling if you’re not an IT professional who reads them on a daily basis. For example, what’s a ‘package’, when it’s at home?

I like the CD ripping facility; you can plug in an external CD or DVD-ROM drive, and rip the music to any local storage device you choose (i.e. a portable hard drive) through the touchscreen interface. There’s internet radio, as you’d expect, plus a handy podcast listening app which is nice. Better still, you can go on to YouTube and watch and listen to music. The reason I value this feature is that there’s a lot of music on YouTube, some of which you can’t find on any streaming service yet; it duly unlocks lots of interesting content.

The RS201E seems decent enough on its own terms, with comprehensive functionality and connectivity. However, in physical terms, it feels like there’s less meat in the sandwich, so to speak, compared to many rivals. This is down to both its diminutive dimensions and surprisingly low weight. To be fair, the unit does come with a fairly large, separate, standalone outboard AC mains transformer; were this fitted inside the case then it would make it feel more substantial. Despite this, rivals like NAD’s similarly priced M10 and/or the Quad Artera Solus for example, do better in terms of build and/or functionality – and Naim Audio’s (admittedly more expensive) Uniti Atom feels much classier. 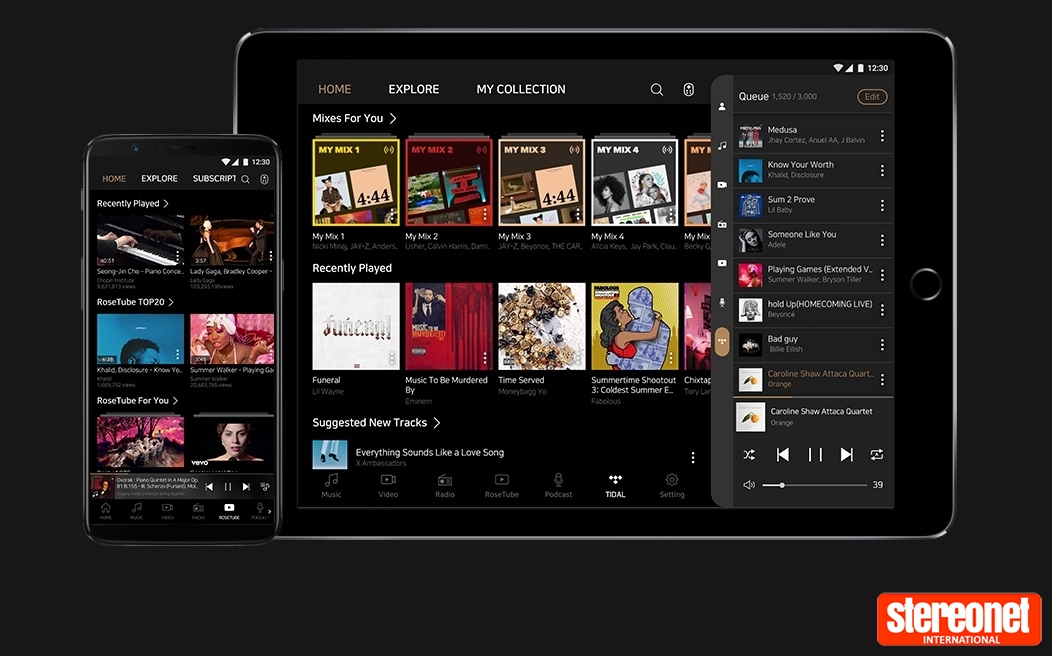 The RS201E does everything decently enough, considering its price. It’s a perfect example of how much better affordable modern ‘one box’ systems are than their equivalents a generation ago. Even through a seriously high-end pair of loudspeakers such as the German Physiks HRS-130, for example, there are no obvious rough edges! This is all the more impressive because these aren’t considered to be ‘easy’ speakers to drive. That means that pretty much anything you hook up to this little box of tricks should work okay. Yet there’s another question that needs to be asked – what does it do well?

The answer to that is, it depends on your expectations. I think it’s a bit of a stretch to say it’s a great sounding product – not least because nothing is, at its price. By the standards of a separates system at its price – one that’s admittedly far less versatile – then tonally it’s a little flat and grey, bland even. For example, the crisp, clean sound of Syd Arthur’s Coal Mine streamed from Qobuz lacked sparkle, clarity and bite. This slice of modern progressive rock/pop can sound vibrant and natural, with a lovely tone to guitars and vocals. The RS201E softened and dulled it a bit, however.

The upside was that it wasn’t a ‘screech-athon’ – I wasn’t running for my earplugs in a bid to save my hearing. And when you get used to this slightly opaque tonality, you can enjoy a wide range of music. I hooked up my Cyrus CD Xt Signature silver disc transport to the HiFi Rose’s optical input and enjoyed the soft, sumptuous sound of New Musik’s Churches. This is an early eighties analogue pop recording, and the unit made a nice noise with it. Things moved along jauntily, letting me focus in on the song itself rather than worrying about the music system.

Dynamically, it’s decent enough for a budget one-box. There’s a fair amount of power coming from those Class D power modules, much more I suspect than would be possible from a MOSFET-based Class AB power amp section crammed into the same small space – and it runs fairly cool. Yet it can’t get really physical, all the same – as the banging nineties drum ’n’ bass classic Nookie’s Give a Little Love proved. The RS201E struggled with the song’s powerful synth bassline with less efficient speakers but made a good stab at it with my Cambridge Audio Aero 6 (90dB sensitivity, 8 ohm nominal impedance). So you definitely need to partner this little box to something friendly, speaker wise. When it’s in its comfort zone, the HiFi Rose is sprightly and enjoyable – although never commanding.

It’s happiest on relatively simple light music, be it pop, jazz or even classical. Streamed from my Western Digital NAS drive, Randy Crawford’s A Rainy Night in Georgia was pleasant enough; this early eighties soul standard sounded sweet and had a decent sprinkling of detail. The great lady’s voice seemed slightly masked compared to a decent similarly priced separates system, but I wasn’t complaining at this price. I enjoyed the decent sense of air and space that the RS201E conjured up; it certainly sounds a lot larger than it looks!

A decent little bit of kit, the HiFi Rose RS201E is a valued new entrant into the world of one-box systems – not least due to the wide range of media it can play. Trouble is, it finds itself not too far away in price from the big fish of this market sector, and it can’t really approach these sonically – or indeed in terms of overall build quality. All the same, many will like it and find it fulfils a role that most such baby systems simply cannot. Well worth seeking out for a dem, if you’re after something a little different.