In many ways, the new 4K Ultra HD standard is a jungle. If you’ve spent any time in this wonderful hobby that is home theatre, you’ll know exactly what I’m talking about.

If however, much of this is new to you, welcome to the tangled, but glorious mess that is 4K UHD.

Enthusiast or not, Dolby Vision, HLG, HDR10 and HDR10+ are enough to make anybody’s head spin. While these competing formats may learn to co-exist happily in time, one of the biggest challenges in 4K today is coming to grips with PQ EOTF (Electro-optical Transfer Function).

While older EOTF standards worked happily with any given display, they were, fundamentally designed around CRT (Cathode Ray Tube) technology.

With the advent of 4K UHD came the PQ curve, which rather than being based around a now mostly defunct display technology, is tied more closely to the way we actually see.

While this sounds great in theory, it’s not without its problems either. If your display a can’t hit 1,000 nits (the luminance value specified by the UHD alliance to achieve UHD Premium certification), it will, at least in theory, start clipping picture information once the display hits its peak luminance.

Even if the overall loss in brightness is negligible, any picture information contained between your display’s peak brightness and 1,000 nits is discarded.

Now… you may be thinking that since you have a swanky new 4K television, this doesn’t apply to you; however, this couldn’t be further from the truth. At the time of this article, many OLED TVs, for example, have a peak brightness of about 800 nits. Then there are projectors, which have much lower peak luminance values.

Even if you have a high luminance display capable of reaching 1,000 or even 1,500 nits, what about content that’s been mastered at 4,000 nits? Before you go reaching for the Panadol and a dark corner to retreat into, fear not, for all is not lost.

The first thing to know about tone mapping is that there are no set standards, so one brand may implement it differently to another.

For example, one approach is to follow the PQ curve as closely as possible and ‘clip’ any information that is beyond the viewing display’s peak luminance capability. The benefit of this approach is a brighter picture but at the expense of lost picture information.

Another approach is to create a softer roll off, with the display starting to roll off anywhere from the lower to mid regions of the PQ curve. The downside of this approach is that image brightness will take a hit, however, and arguably more important, it will preserve as much picture information as possible.

Considering the significant benefit of HDR is its ability to display high luminance picture detail, rather than retina burning levels of luminance, there’s a lot of merit to this approach.

This is precisely the approach Panasonic have taken with their proprietary HDR Optimiser, found onboard its $1,649 RRP flagship DP-UB9000 4K Blu-ray player. The UB9000 is capable of either replacing or complementing your displays tone mapping capabilities.

If for example, you own a projector, the UB9000 can tone map the incoming signal to 500 nits, with the projector performing the remainder of the tone mapping. WHAT’S IN THE BOX?

While Panasonic produces disc players at differing price points, there’s no confusing the DP-UB9000 with any of its more price conscientious siblings. Instead, the DP-UB9000 looks every part the high-end player and would be entirely at home in a rack of high-end AV equipment.

The DP-UB9000 doesn’t have the same sheer girth as the Pioneer LX-800 we reviewed in January, looking closer in size to my own Oppo UDP-203.

The DP-UB9000 comes with the very same brushed black aluminium fascia, as pretty much every other piece of AV equipment that has come through my home theatre for review. The upside of this ‘same, same, but different’ finish is that it’s going to match the rest of your home theatre gear.

The UB9000 is an attractive piece of AV gear, its front panel dominated by a large power button to its left-hand side. The centrally mounted disc drawer is located closer to the top of the player, with a medium-sized LCD located directly below it.

All of the usual buttons can be found on the right side of the player, such as Fast Forward, Rew, Stop, Eject and play. Below the buttons is a USB 2.0 input and THX logo- the UB9000 is THX Certified.

The sides and top of the UB9000 are encased in a two-layer rigid aluminium chassis, which along with three-dimensional steel plates fixing the optical drive to the base, reduces unwanted vibration.

In addition to using audiophile grade capacitors, the power supplies for both the analogue and digital circuitry have been separated to reduce noise and vibration further. The back of the UB9000 has two HDMI outputs (video & audio/ audio only), gold plated 7.1 analogue audio outputs, two-channel XLR outputs, coaxial and optical outputs and a second USB 3.0 input.

As to be expected, the UB9000 will decode the latest surround sound formats including Dolby Digital/True HD, Dolby Digital Plus, DTS-HD Master Audio, DTS-HD High-Resolution Audio and Dolby Atmos/DTS:X (bitstream only).

In what has become somewhat of a rarity in high-end players, the UB9000 features Netflix, Youtube and Amazon Prime Video via its app interface.

The DP-UB9000 rounds out its comprehensive feature set with Alexa voice compatibility.

Apart from the unit itself, my review unit came with a quick-start guide, power cord and remote.

The remote was simple enough to use, with large easy to read and well spaced hard buttons. While it’s backlit, the light button situated at the bottom left-hand corner of the remote needs to be pressed to activate the backlight.

The overall build quality of the DP-UB9000 is excellent, with the player both looking and feeling extremely robust. Like most disc players, setup is relatively painless. Connect the UB9000 via HDMI to your display, power-up your display then the player, and follow the onscreen instructions. With the setup complete, you’re taken to the main menu, which gives you the opportunity to delve into the UB9000’s more advanced setup options.

It’s here that you also have the opportunity to convert HDR to SDR/ BT. 2020 or SDR/BT. 709. HDR/SDR conversion is of particular use to those who own older non-HDR displays and projector owners who prefer to remap HDR to SDR while retaining the higher resolution and Wider Colour Gamut of 4K.

For the period of the review, I set the UB9000 to Standard or Natural Environment, with the HDR Optimiser on and all other adjustments left in their default positions. I tested Pansonic’s DP-UB9000 with a variety of different sources, including DVD, Blu-ray and of course 4K Ultra HD discs.

With regular DVD and Blu-rays, the UB9000 proved itself to be an excellent up-scaler. While no amount of upscaling is going to make DVD images look pristine, the UB9000 performed some of the best DVD upscaling I have seen. Naturally, this very same level of performance carried over to Blu-rays scaled to 4K.

Most enthusiasts are going to be interested in the UB9000’s capabilities as a 4K player. Connected via HDMI to a Sony VPL-VW270ES projector, the Pansonic player produced images that were both sharp and full of detail, easily the equal of any of the 4K players I’ve used before.

While differences in players may be marginal when used solely as a transport, what differentiates the UB9000 is its HDR Optimiser, and more arguably it’s Chroma upsampling abilities. With the colour mode set to YCbCr (Automatic), the UB9000 performs chroma upsampling of 4.2.0 Blu-ray and Ultra HD discs to 4.4.4 before it’s sent to the display.

Regardless of whether this conversion takes place at the player or the display, differences will be small to negligible. I did, however, find images to be a tad cleaner with the UB9000 performing the chroma upsampling.
More noticeable though, was the UB9000’s ability to handle HDR content with the HDR Optimiser turned on. The most noticeable difference upon first engaging the HDR Optimiser is the drop in overall brightness to the image.

The wizard duels in Fantastic Beasts and Where to Find Them is a fantastic way to test the HDR mettle of a TV or projector. With the HDR Optimiser off images were brighter; however, the crackle of lightning coming from wands was blown out and bereft of much of the detail it had with the Optimiser on.

Indeed, I was surprised by just how much detail was lost without the HDR optimiser. Undoubtedly, these scenes would have fared better on a higher brightness display than a projector. However, the UB9000’s HDR optimiser is a huge boon for those who own light-starved displays such as projectors and even OLED’s.

Pressing the playback button on the remote reveals both the incoming video and audio information from the source (resolution, Colour Space, PQ, Chroma, bit depth, bit rate and audio codec). Double pressing the button reveals metadata including both luminance and colour space coordinates of the mastering display and HDMI video output from the UB9000.

Disc loading times were similar to what I experienced with the UDP-203 Oppo, with the UB9000 taking 25 seconds to load Mission Impossible Fallout.

It may be refreshing to see apps such as Netflix, Youtube and Amazon Prime available on the UB9000, but the execution is far from perfect. What lets it down is its archaic interface, which next to the Apple TV is cumbersome.

However, the big drawcard in persevering with Panasonic's app interface is the ability to use the HDR Optimiser with Netflix.

Like the video, used as a transport, the UB9000’s audio capabilities were first class. 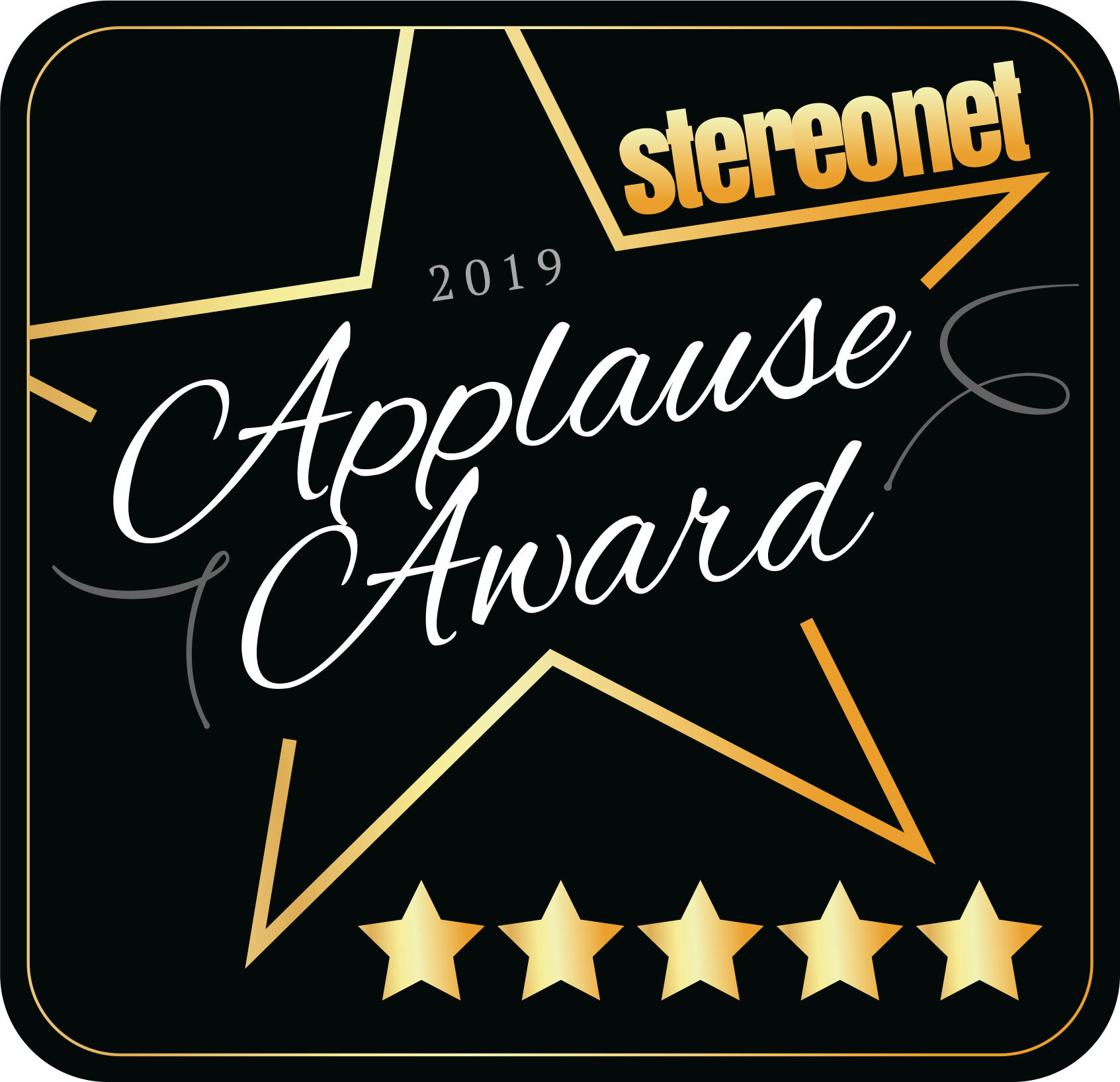 There’s still a lot of work to be done to navigate the ‘wilderness’ that is 4K UHD video. However, we now have a system that will grow and evolve along with new technology.

Despite the standard still being in its infancy, 4K UHD offers some of the most spectacular images your likely to see. And make no mistake, Panasonic has created one heck of a 4K player.  Like the Pioneer UDP-LX800, the Panasonic’s DP-UB9000 is a statement piece.

Unlike the UPD-LX800 the UB9000 doesn’t support SACD playback, however the big drawcard of the Panasonic as it’s HDR Optimiser. It’s a big ask for any player to tame the HDR jungle alone, the UB9000, however, makes some serious inroads.

While I paired the UB9000 with a projector, I suspect most if not all displays are going to benefit from the HDR Optimiser. The HDR Optimiser coupled with the Panasonic DP-UB9000’s already impressive video and audio performance was enough to convince me to retire my Oppo UDP-203 so I could make the UB9000 a permanent fixture in my home theatre.

Panasonic’s DP-UB9000 may be the new ‘Lord of the HDR Jungle’. For now, it’s earned itself a well-deserved Applause Award and goes into the running next to Pioneer’s LX-800 for 2019’s Best in Class Awards.

As the owner of Adelaide based ‘Clarity Audio & Video Calibration’, Tony is a certified ISF Calibrator. Tony is an accomplished Audio-Visual reviewer specialising in theatre and visual products.